Balenciaga: Shaping Fashion describes the couturier’s story and his impact on the fashion world. It shows the key influences on the designer’s work and celebrates the Spanish icon’s achievements by displaying works influenced by him. Yet, the exhibition completely ignores the artist’s personality. Balenciaga: Shaping Fashion is an emotionless display of garments created by a beautifully gifted men. 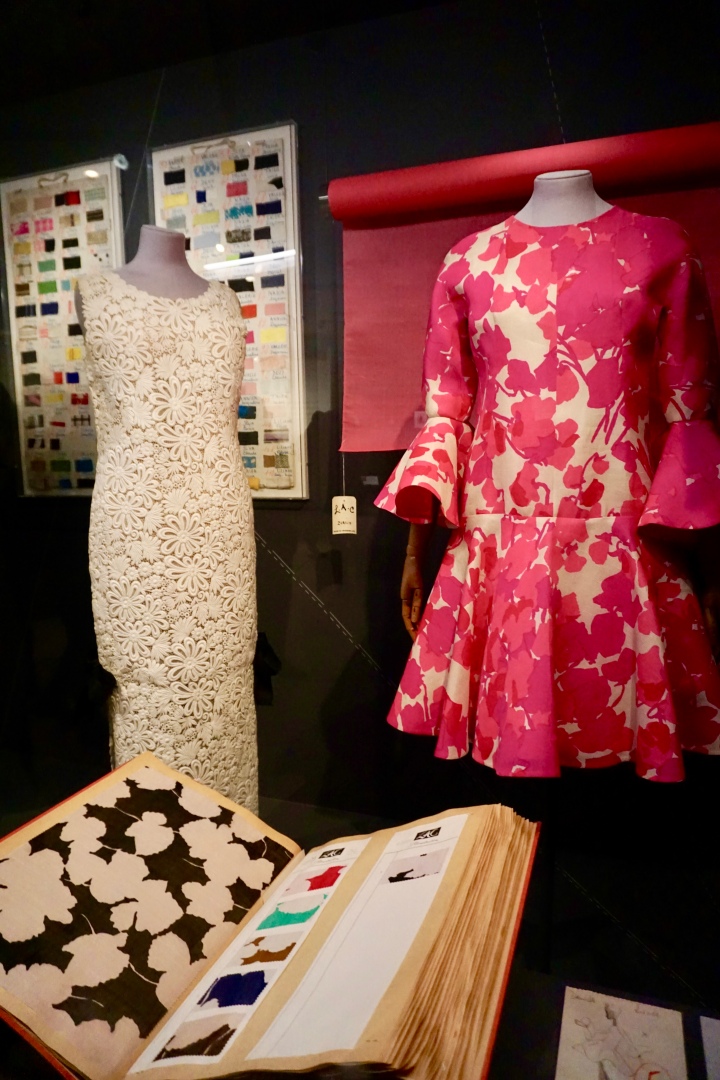 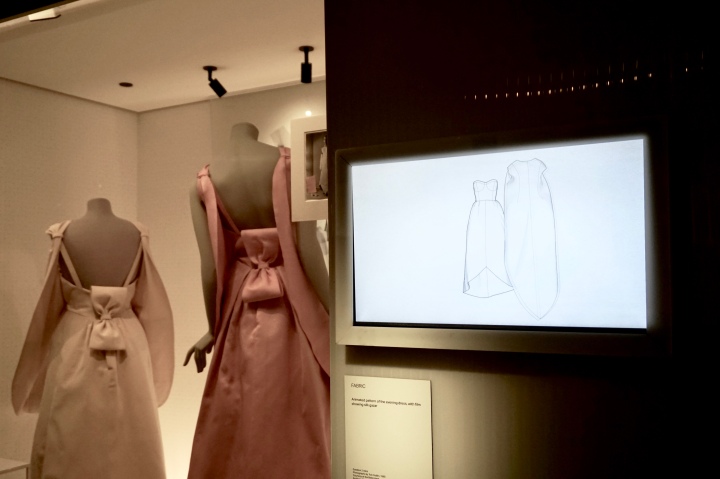 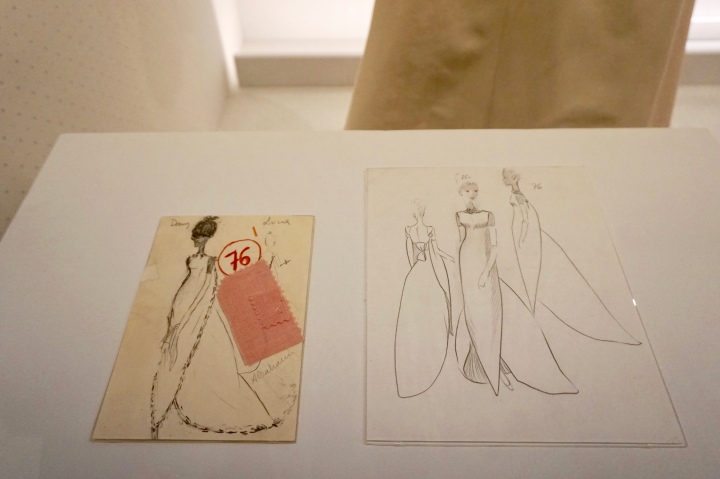 Balenciaga’s Spanish origin is reflected in the variety of shapes and fabrics he used. But it was his unique attention to detail and precise workings that differentiated him from the competition. His catwalks were soundless and minimalistic, focusing purely on the clothes. These moments are pictured by a short black and white video hidden in the panel of one display cabinet. On the contrary, in the second part of the exhibition, there are multiple lengthy films about current designers influenced by Balenciaga, taking up about a third of the wall space, yet with little attention directed at them, as they are overshadowed by the astonishing garments all around.

V&A, however, succeeds in incorporating modern elements into the exhibition, such as the X-Ray or a 3D visualisations. There are also some well-made videos capturing various topics, from the couturier’s work in the atelier to the process of embroidery-making. However, due to the lack of seating and space restrictions, the videos receive little attention.

Following the success of Alexander McQueen: Savage Beauty in 2015, V&A was hoping to organise another blockbuster (Cartner-Morley, 2017). Comparing with the Dior: Couturier en rêve at the Musée des Arts Décoratifs in Paris which experiences hours-long waiting lines every day, Shaping Fashion has not achieved the same. Furthermore, whilst a visit to Dior or McQueen could easily take up to many hours, Balenciaga can be seen comfortably in under an hour and leaves little desire to come back.

According to the curator Cassie Davies-Strodder, the exhibition is celebrating the designer’s creativity (Cartner-Morley, 2017). But from what I gathered, the exhibition creates no space for creativity nor imagination and rather controls the visitor from beginning to the end. Although the curator collaborated with the London College of Fashion on pattern-cutting, there is little mention of this art institution’s engagement (Conlon, 2017). Shaping Fashion feels corporate and cold.

In terms of the layout, the visitor is faced with two extremes. The ground floor is designed as a single ring, providing no alternative way to view the exhibition. The upper floor is laid out in a more sophisticated manner, with individual isles allowing the audience to direct their visit in an unorderly manner. As such, the exhibition succeeds to incorporate a variety of spatial types.

The exhibition creates no space for creativity nor imagination and rather controls the visitor from beginning to the end.

Through displaying equally as many designs produced by other designers as by Balenciaga, Shaping Fashion is a worthy addition to every fashionista’s and design student’s vocabulary. Also, professionals, culture and art enthusiast can benefit from a visit, although parents with young children might be better off exploring other parts of the popular London’s museum. Overall, Balenciaga had certainly caused a revolution in the fashion world. However, the Balenciaga: Shaping Fashion has failed to live up to the standards set by the iconic designer. 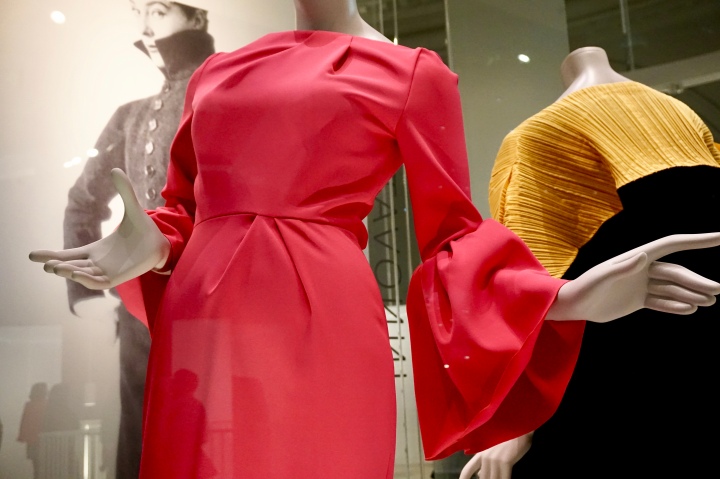 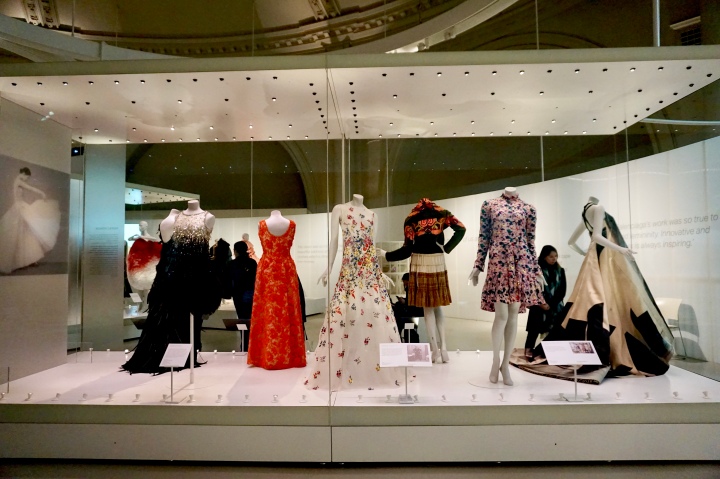 My book is (almost) out!

The (R)evolution of Nudity